Case Study: How Ti-Tree Village increased their traffic by 145%

Ti-Tree Village is an oasis of 18 cottages located in Ocean Grove, Victoria. Their accommodation attracts customers year round because it is located close to a popular beach and is equipped with the winter essentials of spa baths and open fireplaces.

It was a goal for Ti-Tree to have a steady flow of new and repeat customers staying with them. A constant flow of bookings and reduction in vacancy rates allows them to better plan for staffing and catering, along with improving cash flow.

The business has been around long before people used the internet to find a place to stay, so the client had a little bit of traditional marketing experience but marketing has evolved so much with the popularity of the internet, and Ti-Tree Village was struggling to understand how it worked.

The client had experimented with Google AdWords, but had a bad experience when it failed to provide a return on their investment. It felt to them like they were burning money. They had heard about this thing called SEO that could help you get found in Google, but did not have any idea how it worked.

Ater searching around, they found a few local companies that promised the earth by claiming things like ‘Guaranteed first place in Google’. They did not know who was the best, or who to trust, but then they found Choc Chip Digital

We developed an SEO strategy that would provide a free and sustainable flow of traffic to their website. This was done by gaining an understanding of who their customers were and how they use Google to find accommodation. Using this information we were able to develop a comprehensive list of 75+ keywords that we could implement into their website.

To help come up with a solution we established what was most important to the client. Did they want an instant flow of traffic to their website using Google AdWords (Cost Per Click), or would they rather wait a few months and allow a sustainable SEO program to be implemented. With long term goals in mind, the client decided to ditch the AdWords and go with SEO as their primary online marketing strategy.

It took one month before the SEO plan was researched, developed and implicated. After three months we produced our first comprehensive marketing report which revealed that the SEO efforts had lead to an increase in traffic by 145% over a 3 month period.

The client was extremely happy to start seeing their website appear in Google when they searches for their keywords. Using our guidance they began to understand the importance of a comprehensive keyword list and how it can be implemented into their website through blogging. 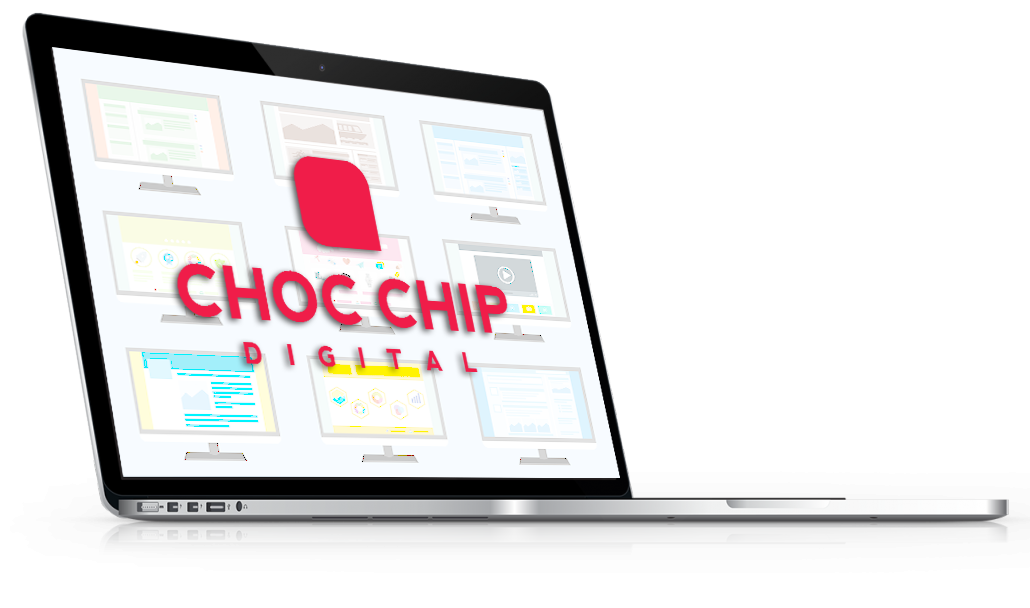 So what are you waiting for??? Give Choc Chip Digital a call or fill out our enquirey form to set up your free marketing consultation meeting.